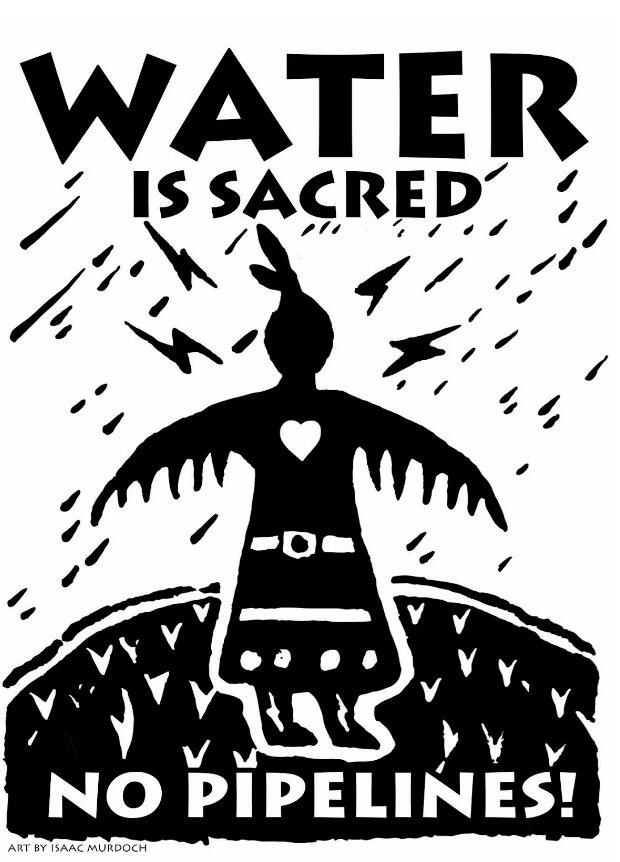 For the last four years the Sioux tribe has been fighting to prevent the construction of the North Dakota Access Pipeline. The pipeline will endanger their water supply and desecrate their sacred lands. The construction of the pipeline as planned goes against previously signed treaties with the United States. Currently, the pipeline is shut down while it goes through another environmental survey thanks to the National Environmental Policy Act. Trump's administration wants to roll back the National Environmental Policy Act because it stopped pipeline construction. We cannot let that happen, and we must stand with the Sioux people.

Please look at the links below for ways to help.

Extra readings to educate yourself on the Standing Rock movement

-"What to Know About the Dakota Access Pipeline Protests"

-"Shailene Woodley: The Truth About My Arrest"

Show your support for the Sioux people by signing these petitions

-Indigenous Environmental Network: A nonprofit organization that educates and empowers indigenous people on environmental injustice happening on their sacred land

-Honor the Earth: A nonprofit organization that is dedicated to developing needed financial and political resources for the survival of sustainable Native communities


Advocating for the Sioux people

Send this to North Dakotan officials

On behalf of the Standing Rock Sioux tribe, I would like you to acknowledge the sovereignty the Sioux people have over their land and support their efforts to discontinue the North Dakota Access Pipeline. The U.S. Government signed 370 treaties with numerous Indigenous communities that defined land borders. The North Dakota Access Pipeline infringes on the rights of the Sioux people, and is an environmental hazard. I implore you to stand by the Sioux tribe.

Thank you for your time and consideration,